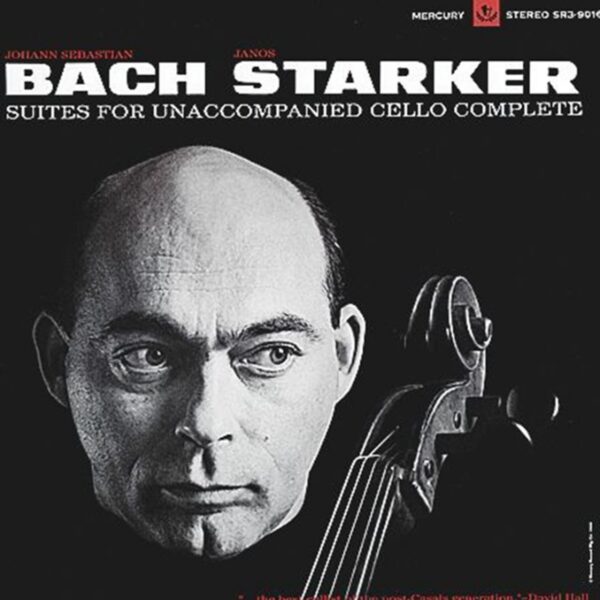 Today it is difficult to understand that despite the tremendous Bach renaissance that took place in the 19th century many compositions by the Cantor of St. Thomas’s Church in Leipzig had been underrated. The Cello Suites, for example, have been regarded for almost 300 years as purely a set of tricky etudes that every virtuoso in the making simply must tackle. What recording engineers and their equipment can bring to the ears is quite astounding. So it was back in the Thirties with Pablo Casal’s legendary recording against which every cellist is measured today and to whose perfection he aspires.
Janos Starker’s recording of the Suites from 1965 makes a lasting impression on the listener, even when compared with other recordings from the digital era, and even record producers who are well used to recorded excellence have been highly impressed. For Charlotte Gilbert of the Mercury record label, these recording sessions were one of five truly great events in all her 20 years of recording experience.
Without a doubt, Starker allows his instrument to resound freely but without forcing the tone. Starker’s full-bodied sound and technical brilliance are complemented by his finely chiselled interpretation that lends immense expression to Bach’s thrilling harmony and verve to the strict rhythmic construction of the movements. Just listen to his organ-like double-stopped passages, the eloquent dialogues, and the pure excitement created by his highly individual treatment of tempo. Then you will surely agree with the often-quoted paradox that Bach’s Cello Suites are ‘polyphony for a solo instrument’.

This Speakers Corner LP was remastered using pure analogue components only, from the master tapes through to the cutting head. More information under http://www.pure-analogue.com. All royalties and mechanical rights have been paid.